Rodolfo Egarter
All Posts
Are you concerned by how quickly the world is moving to Web3? Find out more about our hiring practices and new programming models.

Web3 is a term used to describe the next generation of internet, including decentralized networks and protocols. This article will give some insight into that technologies, what languages developers use, as well as introduce some popular marketplaces for hiring developers.

Web3 is a future form of the internet, in which users become owners. Unlike Web 2., where users are limited to free apps and platforms that collect data, Web 3 offers the opportunity to participate in the creation and governance of decentralized protocols.

In Web3, ownership of digital tokens represent control. In the blockchain, holders of tokens are able to vote on corporate actions along with those who have stockholder voting rights. This unites shareholders who share similar goals and interests together and allows for increased collaboration.

Languages in the Web3 Stack

Programming languages that have been popularized in the Web3 stack include Solidity, Rust, and Golang. In order to stay relevant, programmers are always learning new programming languages. This is why it is important to note that there are many other popular languages not mentioned here such as Python and JavaScript. The reason for so many different programming languages is that each language has a specific purpose and application.

One emerging marketplace is the Gitcoin Market with over 6,000 GitHub repositories. The Gitcoin Market allows developers to earn money by contributing to open source projects in a variety of ways. Other Web3 marketplaces are already connecting employers and employees. They are monetizing on demand for talent by allowing companies to use their services to find qualified candidates and job hunters to find high-quality jobs.

How to hire a web3 developer?

There is a shortage of developers who know how to code in the emerging stack, including languages like Python, Rust, and Go. When looking for a developer on these newer languages, it’s important to find someone with experience or who has taken courses. It’s also beneficial that the person has experience working in an open-source environment.

Developers in the Web3 stack often work from home because they don’t need expensive servers, saving companies money on office space and equipment.

What to look for in a developer?

When hiring a Web3 developer, it’s important to know what they’re interested in working on. It’s also important to find out how big the team is and how much work they are doing. Consider their experience, as well as their approach when solving problems. 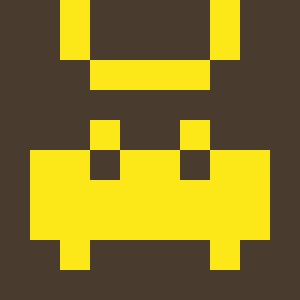